In the last days, the Moroccan state has continued its deportation campaign at the borders of the European Union, trampling on migrants rights and fundamental human freedoms.

Last Friday, 13th of February, the authorities conducted raids in several forests around Nador, in the course of which they arrested around 200 people who had been living in Baquoya, Afra, Bolingo and other places around Nador. Amongst the detainees who were also brought to the camp in Akariat there were several women (some of them pregnant) and children, and several asylum seekers and document holders. Many tents, blankets, people’s belongings and their food has been burned so that the remaining migrants have been forced to hide in the cold, lacking the most basic necessities. Although people are already rebuilding some of the camps, the fear of more state terror remains high. Furthermore, several people have been imprisoned and are accused of human trafficking – another attempt to blame individual migrants instead of the underlying capitalist state-police-mafia-networks.

Although there have been no raids in any other forests or cities in Morocco, the Moroccan state is now in the process of deporting around 1000 people from the Nador forests, including Gurugu. Even after six days, many of the migrants are being kept in makeshift centres around Southern Morocco, security measures are strict, people’s needs (diet, sleeping arrangements, medical care) are not properly met. Nobody is telling the detainees what will happen to them, and why they are being treated like criminals; the stress and insecurity is increasingly destabilising everybody.

At the same time, negotiations have been going on with the embassies of the migrants’ countries of origin. While Senegal and Mali seem willing to “take back” their citizens, Cameroon has refused because of their domestic security crisis. Mauretania, which would be a transit country for deportations to Senegal and Mali, has refused entry to the two busses which Morocco sent southwards on Saturday, which is why the migrants were brought back to the centers.

Morocco justifies these inhuman and completely absurd actions with a human rights discourse which they have probably copied one-to-one from Europe. The eviction of the camps has the purpose of “liberating” the migrants from the grip of smugglers and traffickers. With this line of reasoning, Morocco is reproducing the stereotypes that we are being fed constantly from European governments and mainstream media: The people living in the Moroccan forests are a threat; Djihad, Ebola or Mafia, the reasons are exchangable but the racism remains the same.

The Moroccan state, however, has not been very happy about any critique. Anybody trying to monitor the deportation campaign is met with repression, people have been intimidated and material confiscated. The AMDH (Association Marocaine des Droits Humains) has been denied access to the camps in Nador, yesterday their offices in Rabat were searched and two journalists have been arrested.

At the same time, the mainstream media in Europe are largely silent about these massive human right abuses carried out in the name of the European Union.

This is why it is our responsability to spread the info and migrants’ voices, and to show solidarity!

STOP THE WAR AGAINST MIGRANTS!
FREEDOM OF MOVEMENT FOR ALL!
NO BORDERS!

Video showing the destruction in the Nador forest camps:
From Gurugu: https://vimeo.com/119749824
From Baquoya: https://www.youtube.com/watch?v=37AgHm99CQU&feature=share 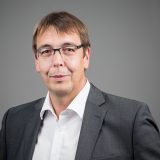 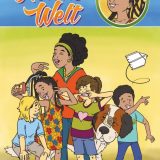